The digital collection The private archive of the Lazic family is the fruit of support from the Endangered Archives Programme of the British Library for a project (EAP 833) at the University Library ‘Svetozar Markovic’ in Belgrad to save and digitize the fragile items in the private archive and library of the Lazic family in Belgrad. The First World War looms large in this collection, with rare law books by Geca Kon, rare Serbian periodicals, for example Serbian newspapers printed in Curfu and Thessaloniki, pamphlets, municipal decrees, archival records and books. Some 50,000 pages are being digitized. The overview of files is a simple list with the titles of digitized items; for some books you can choose the relevant part, but there is no search function.

You can follow the Endangered Archives Programme on its blog at the British Library.

The private archive of the Lazic family

The digital collection Nieuws van de Groote Oorlog [News of the Great War] has been created by thirteen Flemish cultural institutions, among them for example the Vlaamse Erfgoed Bibliotheek [Flemish Heritage Library]. For this project some 360,000 pages from newspapers, journals, pamphlets, manifests and much more published between 1914 and 1918 have been digitized. With 270,000 pages newspapers form the main component of this collection. You can search using the timeline and a clickable map, or browse for particular themes. In the free text field you can search for keywords, names and locations. In 2016 this project will also bring digital versions of twelve newspapers already included in the project The Belgian War Press (view the description). This digital collection can be viewed in Dutch, German, English and French.

The digital exhibition The Great War Revisited has been created by the Library of Trinity College Dublin in cooperation with the Google Cultural Institute. The Library shows here sixty items with all kind of documents, ranging from audiovisual materials – including five videos and rare photographs taken in Iraq and Palestine – to recruiting posters, images of letters and diaries, pamphlets and artwork.

Depending on the country where you access this virtual exhibition the interface at Google Cultural Institute uses a particular language, which can be changed using the very narrow navigation bar at the bottom of the screen. 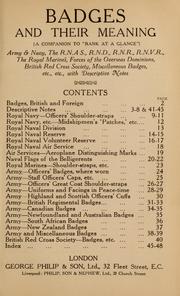 The digital collection WW1 Pamphlets 1913-1920 has been created by the Butler Library of Colombia University, New York. This collection which is stored since February 2014 within the Internet Archive contains some 440 digitized items. You can sort them by title, date of publication and creator, or filter them by topics and language. 300 pamphlets are in English, some 60 in French and German, the remainder in other European languages. The collection is accessible in English. 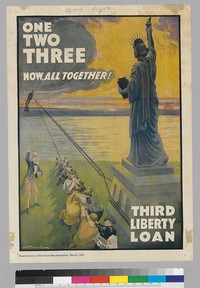 The digital collection American war posters from the First World War has been created by the Bancroft Library, University of California at Berkeley. The collection contains nearly 170 posters created in the United States between 1914 and 1919. This digital collection is not directly available at the website of the Bancroft Library, but instead it can be viewed both at the Calisphere digital portal and in the Online Archive of California (OAC).

The digital collection Western European Theater Political Pamphlet Collection 1894-1918 has been created by Princeton University Library (collection MC 248). The collection contains in 77 boxes items from European countries collected since 1914.  Apart from pamphlets in English there are items in French, German, Russian, Italian and other languages.  The pamphlets do not only touch upon politics but on many aspects of the First World War and the period immediately before the war. The digitized pamphlets are accessible using an online finding aid. In the left side bar you can click on subjects and time periods which open either an item or a set of items within a record. You can use the general search field for a free text search. It is also possible to view the entire finding aid as a page or to download it as a PDF. 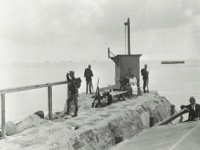 The Danish national library contributes digitized materials concerning the First World War mainly to Europeana Collections 1914-1918. You can find these materials also using this overview which bring you to some 700 books (bøger), nearly 900 pamphlets (småtryk), 6600 images (billeder) and 180 maps (kort). You can choose between an interface in Danish or English. Some digitized Danish and Norwegian literature from the First World War held at Det Kongelige Bibliotek is accessible at The European Library portal.

The virtual exhibition DNB – 100 Jahre Erster Weltkrieg [100 years First World War] has been created by the Deutsche Bücherei in Leipzig, nowadays part of the Deutsche Nationalbibliothek. In 1914 the Deutsche Bücherei started collecting items for a Weltkriegssamlung. The virtual exhibition has been created for the centenary of the First World War. A selection of items from a wide variety of resources has been catalogued anew and partially digitized. By clicking on the menu you can choose item concerning a number of themes, such as Krieg sammeln (collecting the war), Krieg Ausstellen (showing the war), Medienwelt (the world of the media, with a wide variety in formats), Kriegsalltag (daily life during the war), propaganda and persons. You can also select some thirty themes from an alphabetical overview (A-Z). The Zeitstrahl (“time ray”) allows you to search on a time-table for events during a particular year. The virtual exhibition can only be accessed in German.

During the First World War more libraries in Germany and Austria have created Kriegssammlungen (War collections). So far only a few collections have been digitized. More information about them is given at Kriegssamlungen in Deutschland 1914-1918; this website has been included and described here, too.

The digital collection Bibliothèque numérique de Roubaix: 1914-1918 is part of the digital portal of the Médiathéque de Roubaix. The digital collection concerning this French town (département du Nord) contains some 400 items, photographs, posters, pamphlets, municipal ordinances, letters written by soldiers, newspaper clippings and much more. During the First World War Roubaix was occupied by the German army. The digital library can be searched using a free text field, or by browsing themes, collections or periods; within them you can use the free text search, too. For the First World War it is interesting to look at the theme Guerres with again some 400 items. The collection can only be viewed in French.